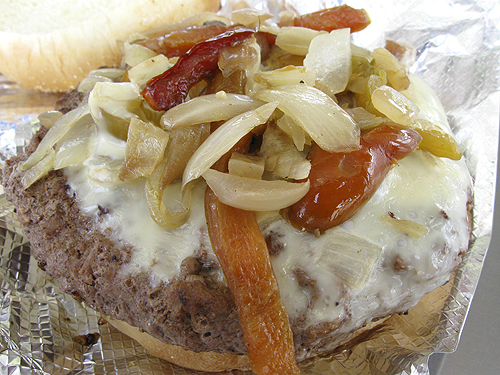 I’ve blogged a couple times before about our favorite food trailer in Monroe County, the Rock ‘n Roll Café owned by John and Melita Scott. The one photo I was missing, however, was that of their half-pound steakburger, topped with a slice of Swiss cheese and freshly-sautéed onions, peppers and mushrooms. This is a pic of the burger I had this afternoon.

If you’re headed to the Monroe County Fair this week the Rock ‘n Roll Café is parked in its regular spot, just south of the first walking path intersection after you first enter the fair itself. And don’t forget to have one of their corndogs later as well. Even people I know who don’t like corndogs, like the ones from the Rock ‘n Roll Café. Trust me, they’re a little bit different … but in a good way! 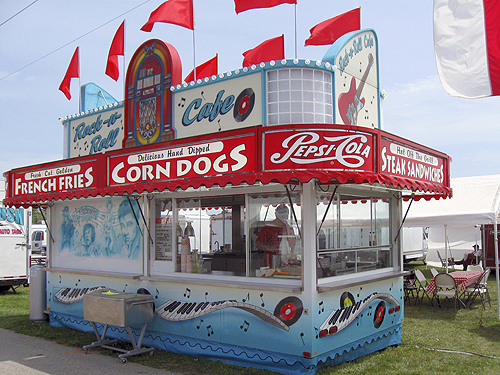