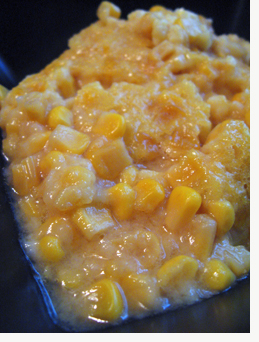 Recently it seems the standard Green Bean Casserole is falling out of favor with a lot of families for holiday meals. There have been considerably more hits on this particular recipe in the holiday months than ever before, climbing to more than 700 views on Thanksgiving Eve in 2018. I hope you enjoy its wonderful simplicity as much as we do.

We also now have a similar recipe available beginning in late 2018, Crock Pot Cream Corn, which is also great for holidays. Check it out!

One of my favorite recipes of all time is that of Kentucky Sweet Corn Pudding, which comes from Mary Juett Pochodzay. Mary Juett and her family have lived east of the Kentucky Derby since before I met them over 20 years ago. She and her husband worked in the same school system for many years. Mary Juett was head of the cafeteria system there, and was so well-respected within Kentucky’s cafeteria community she ended up elected President of the statewide Kentucky School Nutrition Association.

There was a day in 1996 when I ate lunch in the school cafeteria that was under Mary Juett’s supervision. There were big, thick slices of baked ham with pineapple, a pile of black beans, warm and tender apple crisp … Real food prepared well. I’d never had a school lunch like that one the whole time I was in school.

Mary Juett learned early-on how much I liked her version of Kentucky Sweet Corn Pudding, and had finally given me the recipe. I made it quite a few times over the passing years.

So here it is, one of my long-time faves. I hope you like it as much as I have over many servings. 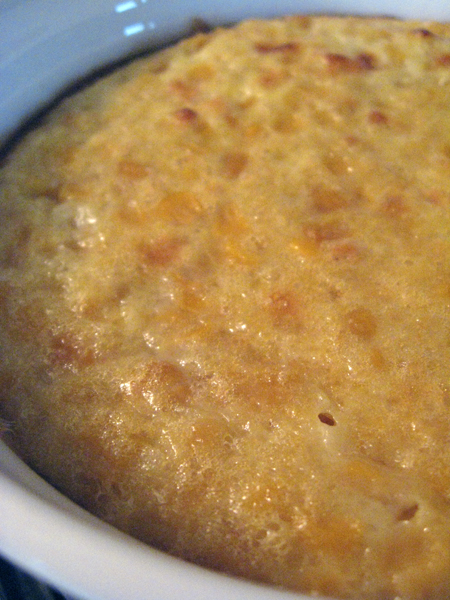 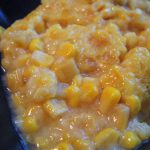 This southern staple is popular at holidays, but is a daily standard side at many Kentucky tables. Mary Juett was head of a local school cafeteria system there, and was so well-respected within Kentucky’s cafeteria community she ended up elected President of the statewide Kentucky School Nutrition Association.
Prep Time1 hr
Total Time1 hr
Course: Side Dish
Cuisine: Southern
Keyword: corn, Kentucky, pudding, sweet, sweet corn
Servings: 6