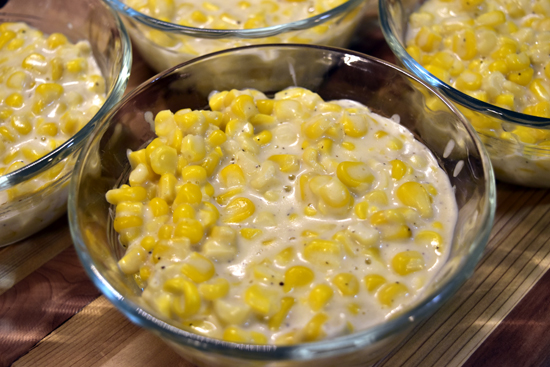 One of the most popular recipes on Luna Pier Cook is Mary Jewett’s Kentucky Sweet Corn Pudding. We’ve enjoyed it ourselves for many holiday get-togethers over the couple decades since we first got a copy of it from Mary herself. The number of page views on the recipe have really skyrocketed since I first posted it in 2008 as people search for an alternative to the standard Green Bean Casserole. It’s becoming a staple all its own.

For Christmas dinner in 2018 our daughter Bree told us she’d located a recipe she really liked along the same lines. It was apparently just as simple to make, using a crock pot to develop a creamed corn that would be just as good as our now-standard corn pudding. I was a bit leary of it myself, as I could just stand there with a spoon needing to be dragged away from Mary Jewett’s specialty. But Bree insisted, and on the day of our family dinner she brought a crock pot with a batch of the stuff in it.

I found I could just stand there with a spoon needing to be dragged away from this new specialty. Rich and flavorful, with crisp corn kernels and a thick cream, and just the right amount of salt and pepper … It was really nice stuff.

It turned out the recipe was Crock Pot Cream Corn by Holly & Katie over at The Semisweet Sisters. Its quite simple as Bree had said, but is also hearty and filling … Still, I could just stand there with a spoon and keep eating it.

We now have two corn dishes for the holidays. Choose your weapon. 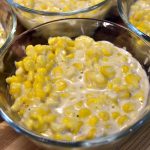