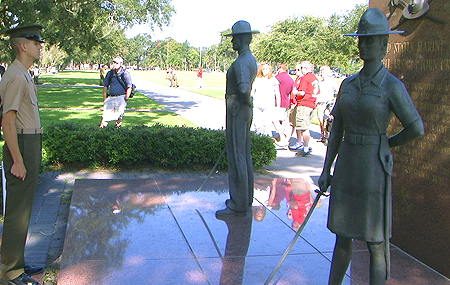 Pvt. John Winckowski, USMC, stands in the bronze recruit footprints in front of the Drill Instructor’s Creed at the parade grounds at Parris Island, South Carolina. Click on the image for a larger version.

We’re back from a rather rapid trip to South Carolina! Mary’s youngest son John became a U.S. Marine at Parris Island last week and we drove down for his Friday morning graduation. I’ll be posting a series of entries on some of the food we had while we were there, including my first-ever Sonic burger, a Shrimp Burger, and what that Shrimp Burger has to do with the film “Forrest Gump”. Stay tuned! 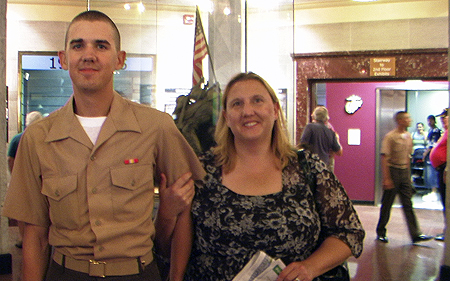