Well, just for that, yesterday, we went for a hike!

Ok, I have to admit, the hike had been planned for a few days. And we did it partly as a way to actually have our first picnic of the summer in an amazing location. Mike’s review really had nothing to do with it. Sure is a strange coincidence though … 😉

What we found after leaving Maumee Bay State Park was also … well, keep reading, and you’ll see what I mean …

The afternoon started with a late picnic lunch at the top of the massive steps at the Lake Erie lakefront of the lodge at Maumee Bay State Park on Cedar Point Road east of Oregon, Ohio. 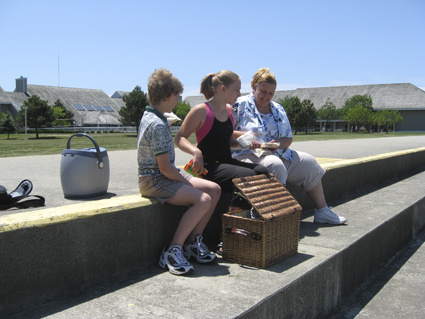 The cooler on the left is a heater/cooler made by Coleman. It plugs directly into the cigarette lighter (or, as they’re labeling them now, “power port”) of a vehicle and can switch between heating and refrigeration functions. The juice pouches we’d put in the thing were so cold they were partly frozen!

Here’s a better look at how these steps run along the lakeshore: 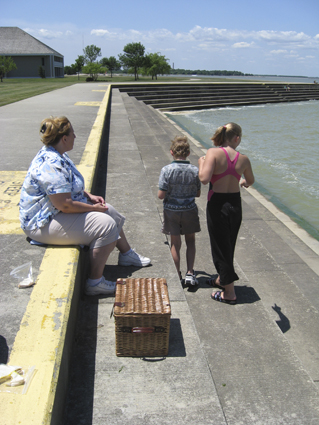 The two-mile hike along the boardwalk in the wooded and marsh area east of the lodge is well-marked as to what things are. 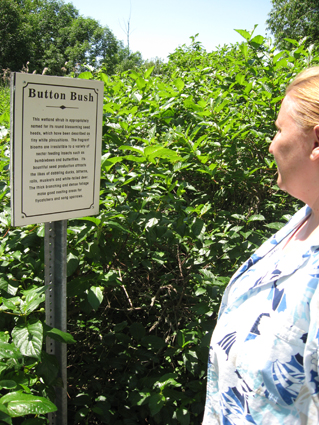 Unfortunately, as Briahna found, our search for wildlife in the area only showed evidence of other kinds of “wildlife”. At this point, we were able to talk to the kids at length about respect for our natural areas, especially those set up for family explorations. 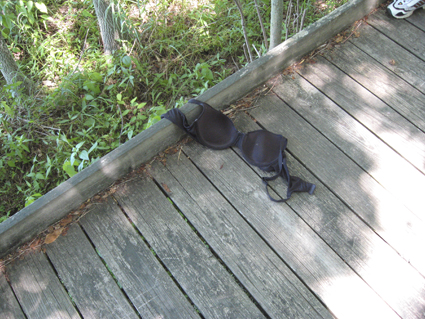 Halfway through the hike, at the two-deck observation tower, we all took a lengthy break. 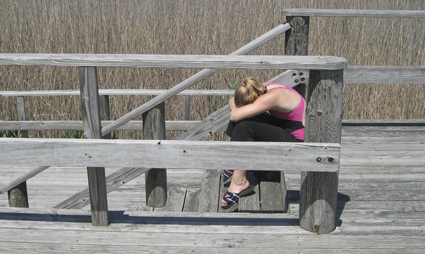 Fortunately, at about the mile-and-a-half point, another hiker we’d met at the observation tower hurriedly came around a corner and motioned my kids to follow him, but quietly. Respect for wildlife had suddenly became a reality for the kids. 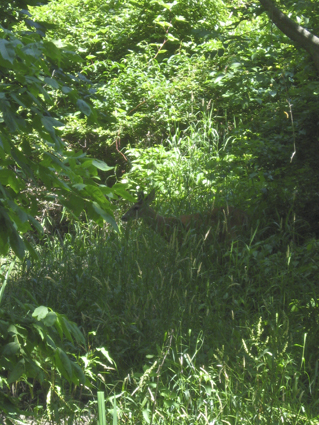 Once we returned to the lodge and drove around to the swimming lake (no swimming is allowed from the park property in Lake Erie), I made it a point to do a small photographic study of the Snack Bar. This building is very reminiscent of similar buildings along the eastern seaboard, particularly in the Boston and Cape Cod areas. 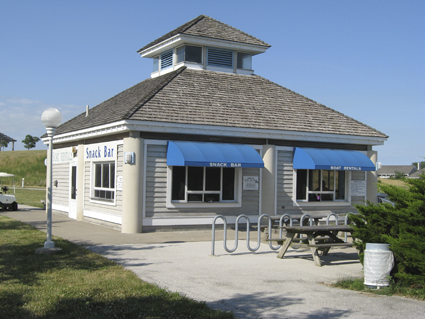 Along with offering snacks and small lunch-style meals, the Snack Bar rents boats by the hour for use in the non-swimming areas of the swimming lake. 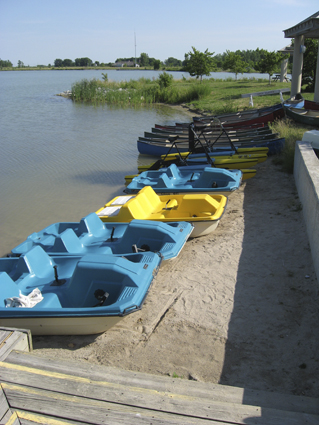 On our way to the park we’d passed a Bed & Breakfast that looked quite nice. It had a wrap-around porch, and there were quite a few people enjoying breakfast at tables on that porch. On our way back, we realized the house was surrounded by a pair or narrow rail lines! I turned the van around, pulled into the driveway, went to the door … and was greeted by Linda Brinkman, Innkeeper of the B&B Railroad Depot. Five years ago, Linda’s husband Nate, a boilermaker by trade, had put together the ridable train that surrounds the house. At the time, the house was a third as big as it is now. Being a commercial contractor, Linda, as she put it, “blew the roof off” the one-story house and expanded it into her dream of having a Bed & Breakfast that the home is now.

All of this, again, is quite a coincidence. One of the dreams Mary and I have is that of owning our own Bed & Breakfast, where I can cook breakfast meals in the mornings for anyone who’s staying with us. What we found at the B&B Railroad Depot is incredibly similar to the kind of thing we’ve discussed. While giving us a tour of the house, Linda also gave us the current breakfast menu. At this time, guests can chose from omelets (including seafood), crepes, pancakes, fresh fruit, muffins … oh yeah, this is our kind of place! And that’s certainly my kind of menu.

My dad has been a railroad nut for most of his 84 years. Not only that, he and mom love breakfast as much as I do. The next time they’re down for the weekend, we’re pretty sure where we’re all going to stay.