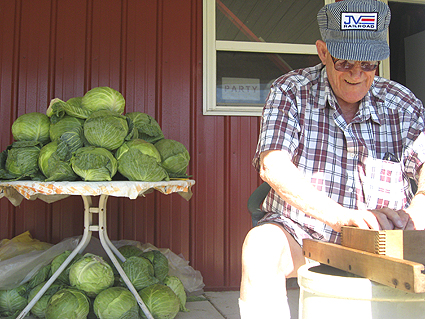 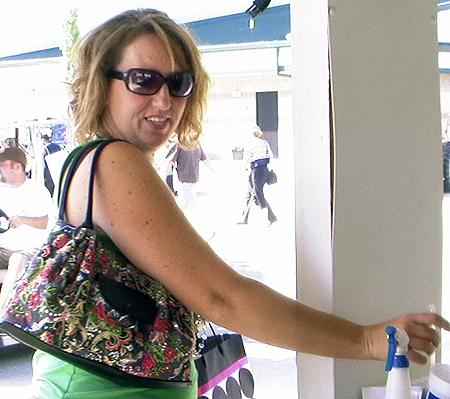 BlogsMonroe’s Emiie at the 2008 Monroe County Fair.
No, she’s not the disgusting part … sheesh …

Over on BlogsMonroe this evening, Elephant Ear pal and fellow blogger Emiie is lamenting about the price of milk at the Monroe Public Schools:

That just seems excessive. I can buy a gallon for $2 at the store. I realize there is packaging involved, but $6 of packaging?

I consider Emiie to be a friend, and we’ve shared lots of good laughs. A lot at my expense of course … But the price of milk is a serious issue in my opinion.

Here’s the thing: The facts point to $8/gallon being reasonable. Unfortunately, the dairy farmers are being treated unfairly.

I kid you not.

Interestingly enough, today the Associated Press is covering milk prices in Michigan, specifically how much trouble dairy farmers are having financially with there being such a milk glut:

According to the National Milk Producers Federation, prices that dairy farmers get for 100 pounds of milk fell from $20.58 last November to $13.29 in August. Prices are projected to be $14.18 this month. [Ira Krupp, a dairy expert with Michigan State University Extension] said he expected prices to remain down for several more months.

Looking at this a little more closely, I’m reminded of a sign that used to hang in the former Bill Knapp’s restaurant in Adrian, Michigan. It listed how much various items cost in 1975. Google the following words:

Look at the results. Gas was 57 cents a gallon. Pretty cheap. Eggs were 77 cents a dozen. They’re only about twice that now.

But then there’s milk. 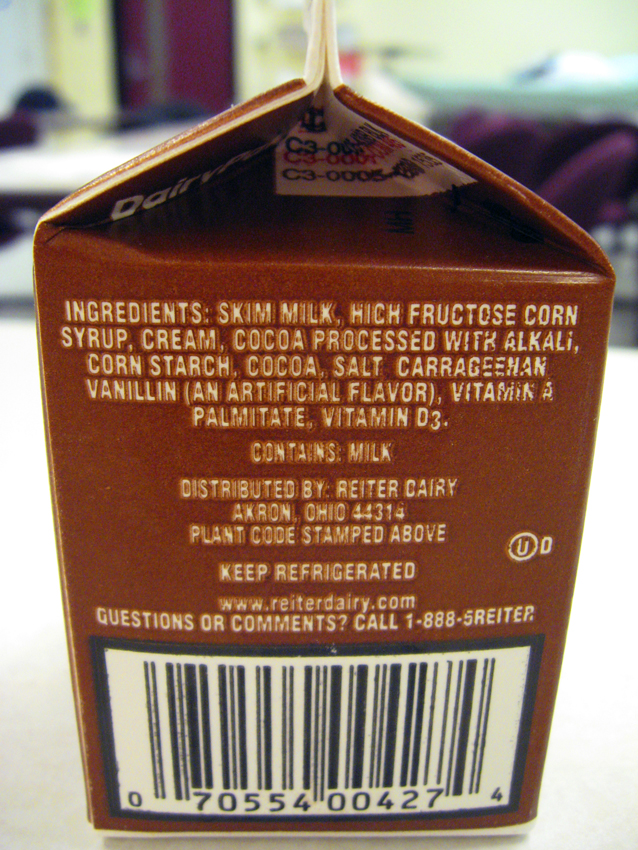 “Contains: Milk” Really? There’s milk in there?? I had no idea…

Yes, seriously. That’s what we paid.

Check out the PDF that’s linked from this page on the IDEALS web site. A summary:

A difference of less than six friggin’ dollars in 35 years to the dairy farmer for the same 100 pounds of milk.

Yup. Disgusting. That’s what it is.

Dairy farmers should be seeing similar increases in what they get for a 100 pounds of milk, roughly $35 – $40 instead of the $14 the AP is reporting.

No wonder so many dairy farmers just can’t make it.

But what you pointed out is disgusting; That some organizations are charging exactly that $8 …

… and the dairy farmers see none of it.

That’s what pisses me off.

The next time you think about what you’re paying for milk, do the farmers a favor and buy as close as you can to where they start the chain of production. Here in Monroe County, Michigan, that means Calder’s. They milk their own cows, process the milk on-site, and even offer home delivery.

Meaning they see the best possible prices. Prices which help them survive.

Oh, and Emiie? You still owe me a real Elephant Ear contest. Yes you do. Quit arguing. Sheesh …