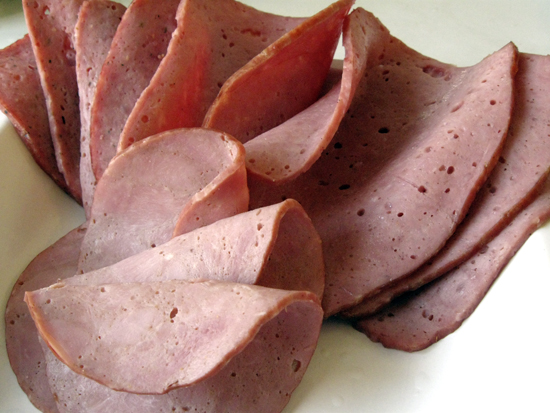 Homemade Dutch loaf, homemade Kielbasa loaf, and some homemade Krakowska sausage, all from Kilgus Meats. When I got the slices of loaf lunchmeats home, that’s when I realized they were still warm.

A variation of this article is also posted on the Toledo Food Examiner pages of Examiner.com.

Paul … quit bugging me already … I get it now, alright? Sheesh …

About a week later I hear, “Dave come down here …” Thinking I was in trouble for God knew what, I headed downstairs … where Paul promptly shoved a slice of the homemade Krakowska sausage at me.

Ok, sure. Probably the best damn sausage I’ve had in a good long time. Probably ever. I got a little curious.

Paul also knew of my love of Koegel’s Braunschweiger, and that I’ve probably eaten it my whole life. So, he then handed me a slice of Kilgus’ homemade coarse Braunschweiger.

Yeah, that does it. Koegel’s is now a close second in the Braunschweiger department. (Sorry John!) 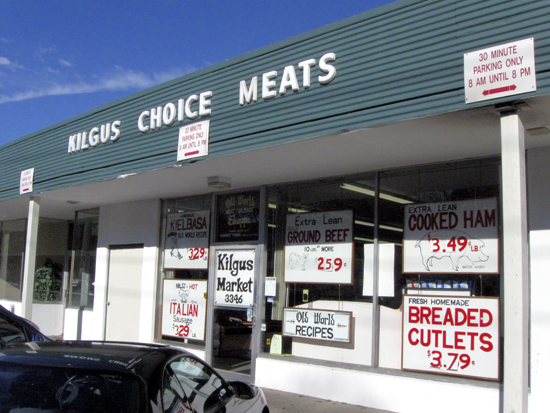 I finally made it over to Kilgus Choice Meats in Toledo this morning. Located in a small strip mall on the north side of Laskey just west of Secor, if it hadn’t been for the amount of cars in the parking lot I may have missed it. Still, it should be fairly easy to spot with the classic butcher shop signs in the windows.

Inside the atmosphere was decidedly friendly. The prevalent culture in the shop is eastern-European. German is spoken fluently on both sides of the counter. There’s Stollen on the shelves, countless handmade sausages and bacon in one case, cheeses and homemade luncheon loaves in the back case, and beautiful cuts of beef, pork, veal and poultry in the main case on the left side. There’s even homemade corned beef, which for some reason I totally neglected to sample or purchase … 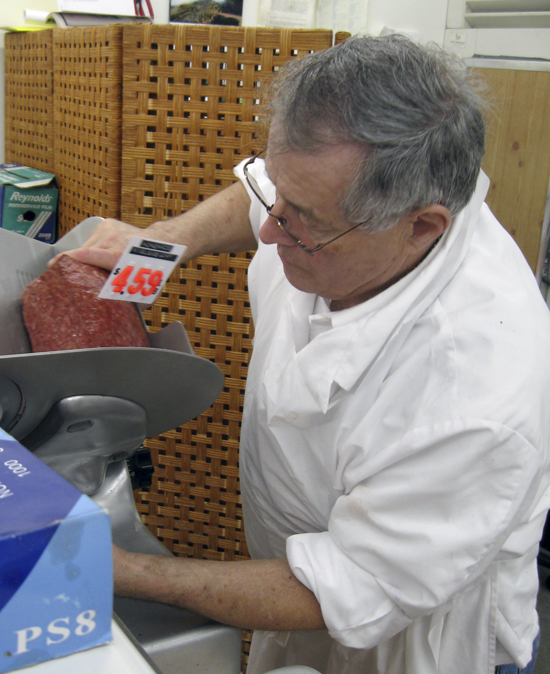 3rd Generation Master Meat Packer Erich Schiehlen slices some of his homemade Kielbasa loaf for me to bring home.

On August 21, 1962 Erich Scheinlen received a MeisterBrief in Fleischer — a Master’s Degree in Meat Packing — from the University of Frankfurt. The degree itself is displayed proudly on the wall in Kilgus Meats for anyone who’d like to see it. This is definitely “old-world” meats at their finest, in a Toledo neighborhood where you wouldn’t expect to see such things.

Growing up in the Flint, Michigan area and enjoying Koegel meats all my life, I have also been to the village of Frankenmuth, Michigan countless times over the years. I’ve had my share of products from Kern’s Sausages where they make culturally authentic meats. But I do believe Herr Erich Scheinlen (as it reads on his degree) has a much stronger pedigree … and likely makes even better products than the excellent meats and sausages at Kern’s. 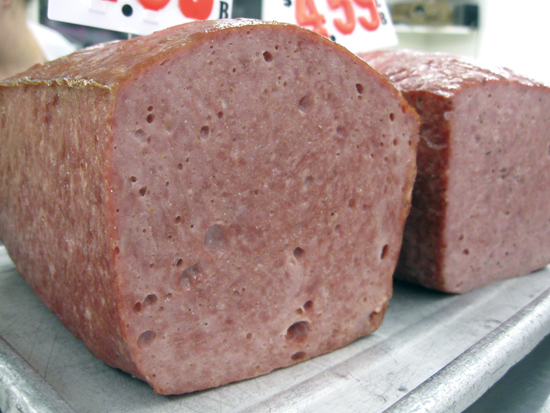 Erich’s homemade Dutch and Kielbasa loaves on the countertop. What I brought home was cut from these two loaves.

I had the priviledge of Erich filling my order himself. He’s delighful to talk to, the thick dripping German accent sounding of the old-style meat packer he is. You know how you talk to someone who’s spent their life on the sea, and you can tell just by listening to them, your wanting fish more and more during the whole conversation? Erich’s voice just wants to make me order more fresh-cut meats. He’s justifiably proud of what he does, and simply enjoys it. His son Bill started working at Kilgus Meats at the age of 17. Now 44, with a business card listing him as the shop’s “Proprietor”, Bill is proud 4th generation meat packer.

I couldn’t get out the door of Kilgus Meats without succumbing to the temptation of picking out a quart of Erich’s homemade lentil soup. I’ll have to try that for lunch tomorrow. I’d have had some today, but I doubt our fellow guests at a wedding we’re attending this evening would appreciate it.

For lunch, Mary and I had sandwiches of the Dutch and Kielbasa loaves on oatmeal bread with a good mayonaise. Mine also had yellow mustard, along a few slices of the Krakowska. The quality of the meats cried out for better, likely homemade, bread of eastern-European origin, and maybe even some horseradish mustard. But now two hours after lunch, I keep popping into the fridge for more of what’s left of the sliced Dutch loaf …

I leave this post with a shot of some of Erich’s homemade veal loaf. Minutes after I shot this photo, there was only an inch or so left of this.

I guess I should have asked for some when I had the chance. 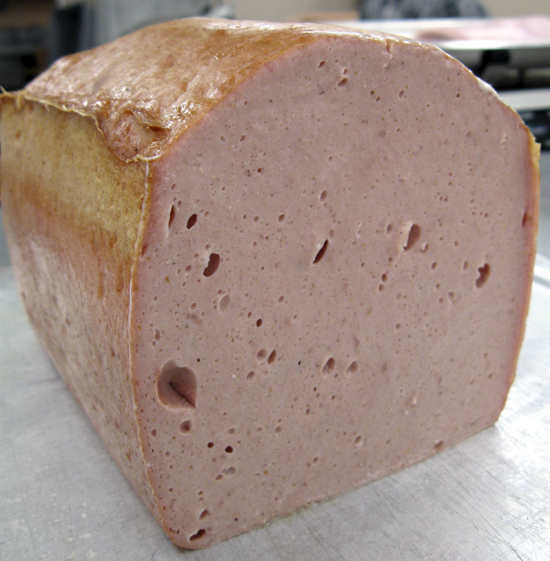