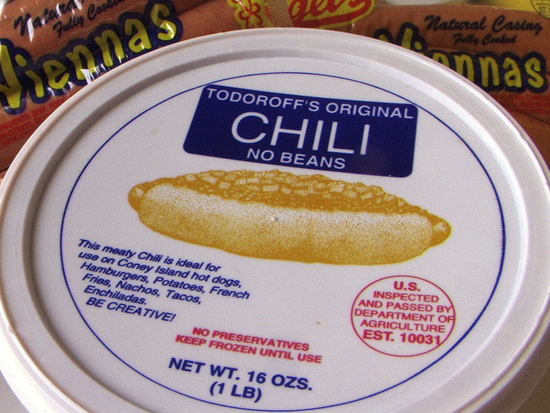 This past Saturday while shopping at the Country Market in Adrian, Michigan, for the ingredients for Sharron Lee’s fruitcake for the previous post, I glanced in one of the island freezers and spotted this tub of sauce.  Having never been to Todoroff’s at any point in my life, even though I’ve lived here in Michigan the majority of it, I had to have this container of “Todoroff’s Original Chili No Beans”, aka original Jackson coney sauce. I then promptly sent Ryan off for a couple packs of Koegel Viennas and some decent buns. 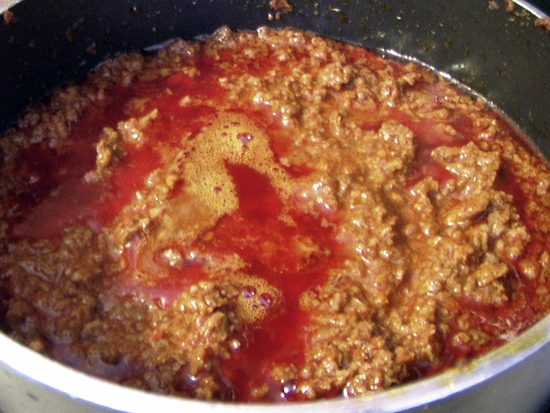